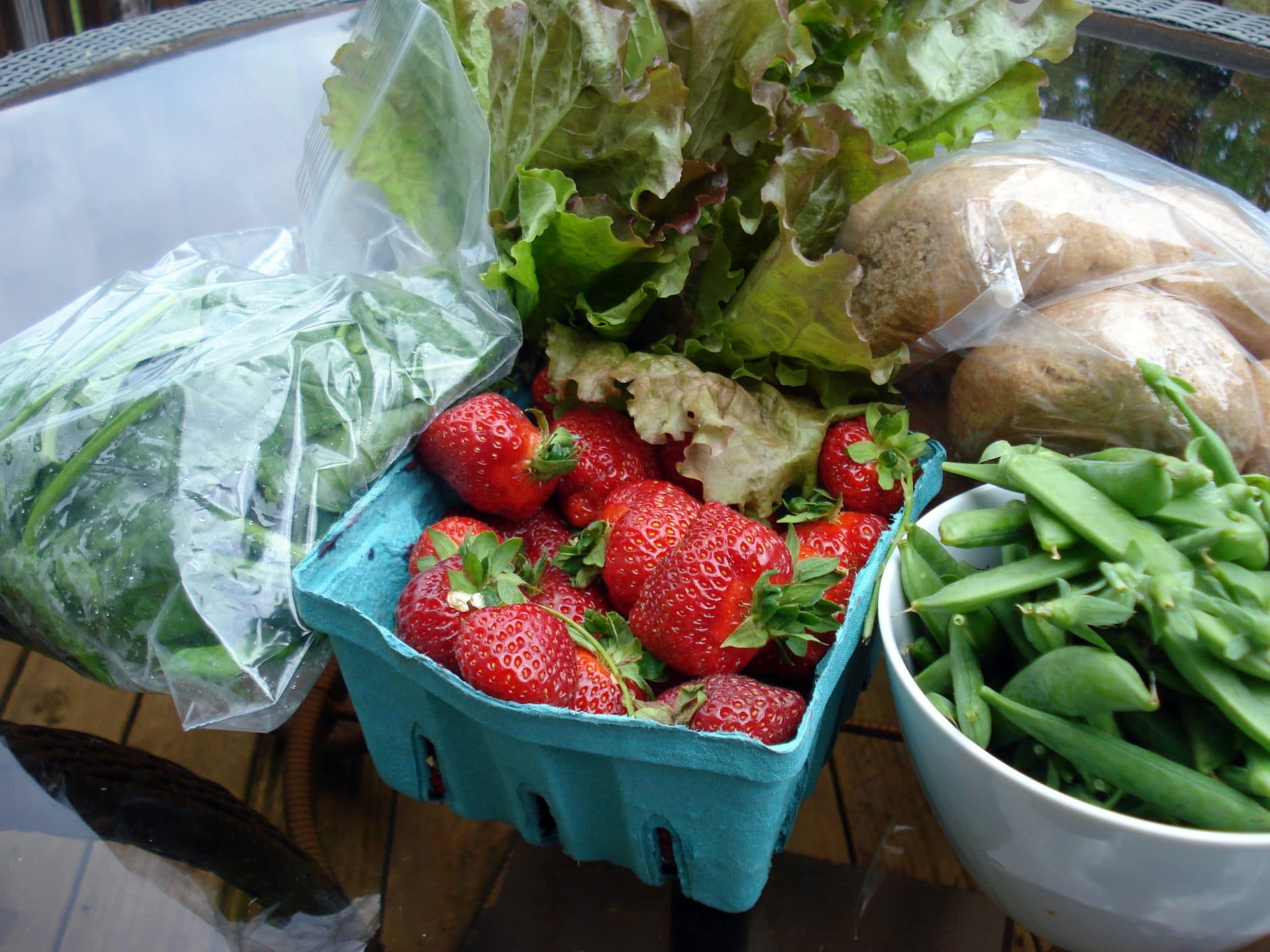 If you’ve been reading my blog for a while, then you know that I don’t like fake food, which often travels under its alias, “health food.”  In particular, I HATED Gimme Lean fake ground beef.  But the other day I was in a convenience store while I was getting gas, and I smelled hot dogs and started craving them! And I didn’t even like hot dogs all that much when I used to eat meat!

To satisfy the craving, I made an exception to my no-fake-food rule and picked up some LightLife Smart Dogs (let’s just call them not-dogs) and whole wheat buns at the grocery store.  The not-dogs are made primarily of water, soy protein isolate, wheat gluten, and evaporated cane juice.  Make no mistake– I don’t endorse eating this kind of junk on a regular basis. Nutritionally they look ok, with zero fat and a little bit of protein, but I can promise you that this food won’t support you the way good whole fruits and veggies will. We threw these dogs on the grill yesterday for lunch, and they actually weren’t bad.  They tasted pretty much like flavorless hot dogs, but the truffle mustard that we added made our foray into fake-food land just a little more gourmet.  Whereas Gimme Lean ground beef was so disgusting because it was not only tasteless but also slimy, these not-dogs were also pretty tasteless but texturally not unlike real hot dogs.  Since most hot dogs are processed and slimy inside anyway, I guess it’s not difficult to replicate their mouthfeel with fake food.   So I might bring these along next time the idea of having grilled veggies at a cookout just isn’t doing it for me.

Real Food at the Farmers Market

On a much, much healthier, real-foodier note, Erin and I hit the farmers market this morning. More and more vegetables (and people) are starting to show up each week.  Which is good, because buying asparagus and spring mix was starting to get old.  This week we scored some strawberries, snap peas, spinach, red leaf lettuce, and the best whole wheat rolls I’ve ever had in my life!  Here are some gratuitous photos of the haul.  Warning: What follows may be disturbing to those not accustomed to eating real food! Love it!  Find your local farmers market at Local Harvest and start supporting the local food movement.  Trust me, your body will thank you.

We went to our friends Eric and Laurie’s house last night for some grilling and O’s-watching.  We were expecting a literal sausagefest— Eric and Laurie eat very healthily, but you know how grill-outs usually are.  But to our surprise, they had planned a vegetarian-friendly meal!  No not-dogs necessary!  We had quinoa, veggie-kabobs, and a fantastic mushroom, corn, and black bean saute with wilted spinach.  Thanks, Eric and Laurie!

I do wonder how the four brewskis I downed will affect me in my half marathon tomorrow.  But what are you going to do?  Actually I feel totally fine today, so there won’t be any effect tomorrow.  I picked up my race packet today, and then Erin and I drove the course.  Way more hills than I expected!  If I can run a 1:35 on that course, I’ll be ecstatic. I’ve decided I’m going to go out at that pace and just see how long I can keep it up.  I’ve got to at least give myself a chance at a PR, right?

I’ll post results and pictures tomorrow, so check back then to see how I did.  If there’s no post, it’s a safe bet that I’m in the hospital.  So wish me luck, and wish for a post!

[Update: I submitted this post to Fight Back Fridays, check it out and be a Food Renegade!]