You cross the halfway point five minutes faster than you had planned based on your training pace.  You’re rocking your first race, and everything is great.  And then disaster strikes.

At Mile 15, it hits you.  For the first time, you notice your legs feel heavy.  By Mile 16, the idea of a quick walk break sounds great.  By 17, you’re not sure you can even finish the race.

What happened?  You were so disciplined in your training, and you tried to listen to your body on race day.  The problem is that you didn’t know what you were capable of and had no idea how fast to run.  And a good rule of thumb is that for every minute too fast that you run the first half of a marathon, you’ll lose two minutes in the second half.

You need a better idea of how fast you can reasonably expect to run.  These three marathon prediction methods well help you do that, and avoid the race-day disaster that so many runners experience.

Here’s the idea.  Pick a marathon time you’d like to run.  Replace hours by minutes and minutes by seconds to get your 800 meter pace.

Sounds complicated, but it’s not!  Since I need to run the marathon in 3 hours, 10 minutes to qualify for Boston, my 800 pace becomes 3 minutes, 10 seconds.  If you can do 10 of these 800’s, slowly jogging for that same amount of time between each (3:10 for me), then this method predicts you can run your marathon at the corresponding hours-and-minutes time!  A lot of people say that Yasso 800’s are too optimistic a prediction time, so adding five minutes to the time you predict is probably a good idea.

Here’s a link to Runner’s World’s take on Yasso’s.

Former Olympian and current coach Jeff Galloway (the walk-run guy) has his own method for predicting race times, and not just marathons.  And the great thing about his method is that it’s simple, albeit painful.

Here’s how it works.  Run one mile as fast as you can, middle-school style (don’t barf or die, though).  Then to predict your marathon time, take your mile time (in seconds) and multiply by 1.3.  The result is your marathon pace per mile, in seconds.

Galloway actually gives you a break; he says to run four one-mile time trials, drop your lowest, and average the remaining three to get your mile time.  He also gives different adjustment factors to predict 5K, 10K, and half marathon times at his website. 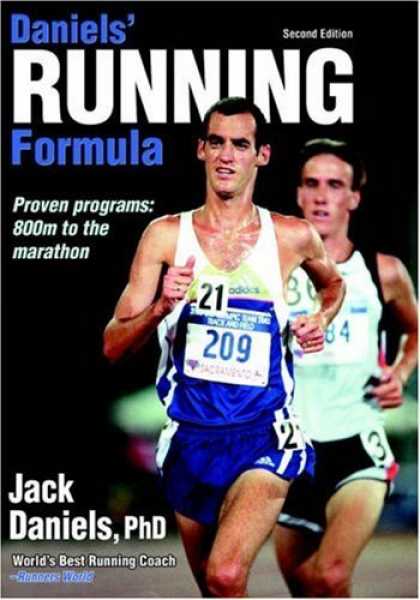 Jack Daniels is a well-known running coach and author of a book I really like, Daniels’ Running Formula

(Amazon affiliate link).  In the book, he gives a table for predicting any common race time, given any other common race time, based on what seems like a lot of research and statistics.  You can find such a pace table here (Table 1).

Basically, you look up a recent race time, and from that you look to the left or right to find your projected time for another distance.  Don’t worry about the “VDOT” column, it’s something from the book.  Ideally, you want the race distances to be similar (i.e. use a half marathon time to predict a marathon time, if you have a recent one).  You also want things like the terrain and conditions to be similar.

Example:  My half marathon a few months ago was extremely hilly, so I can’t really compare that one.  But if I look up my recent 5K time of 19:15 on a very flat course, the equivalent marathon time is about 3:04.

This post is part of a series of posts designed to teach you how to run long and strong.  Go check out the rest!