Wow, where did this weekend go?  45 hours of it gone already, and still without a post!  Well, I’ve done a good amount of running—though nothing compared to the 20 miles on the docket for tomorrow—and a lot of cooking.  In fact, I made five new things this weekend, four of which are quick enough to jam into this single post!  Plus, I was hard at work writing my first guest post for another blog, to be published sometime this week.  Hint: she’s an NMA reader and frequent commenter!

So before we get even closer to the dreaded case of the Mondays, here’s the new stuff I made.

Green thing number one…kale!  I picked some up at the farmers market to use in a Thrive smoothie (the kale smoothie was a bust, don’t make it).  I’d never tried kale before, but the farmer who sold it to me told me that I could wilt it in a pan with some oil and garlic, just like spinach.  So I did just that, but as soon as I tasted it, I was reminded of bok choy.  So I tossed in some soy sauce after I took it off the heat, and voila! A delicious new way to get your greens!

Kale is just a little tougher than other greens, so it did take some chewing.  If you’d rather inhale your food, you could probably cook it for longer (maybe five minutes, total) to soften it up some. 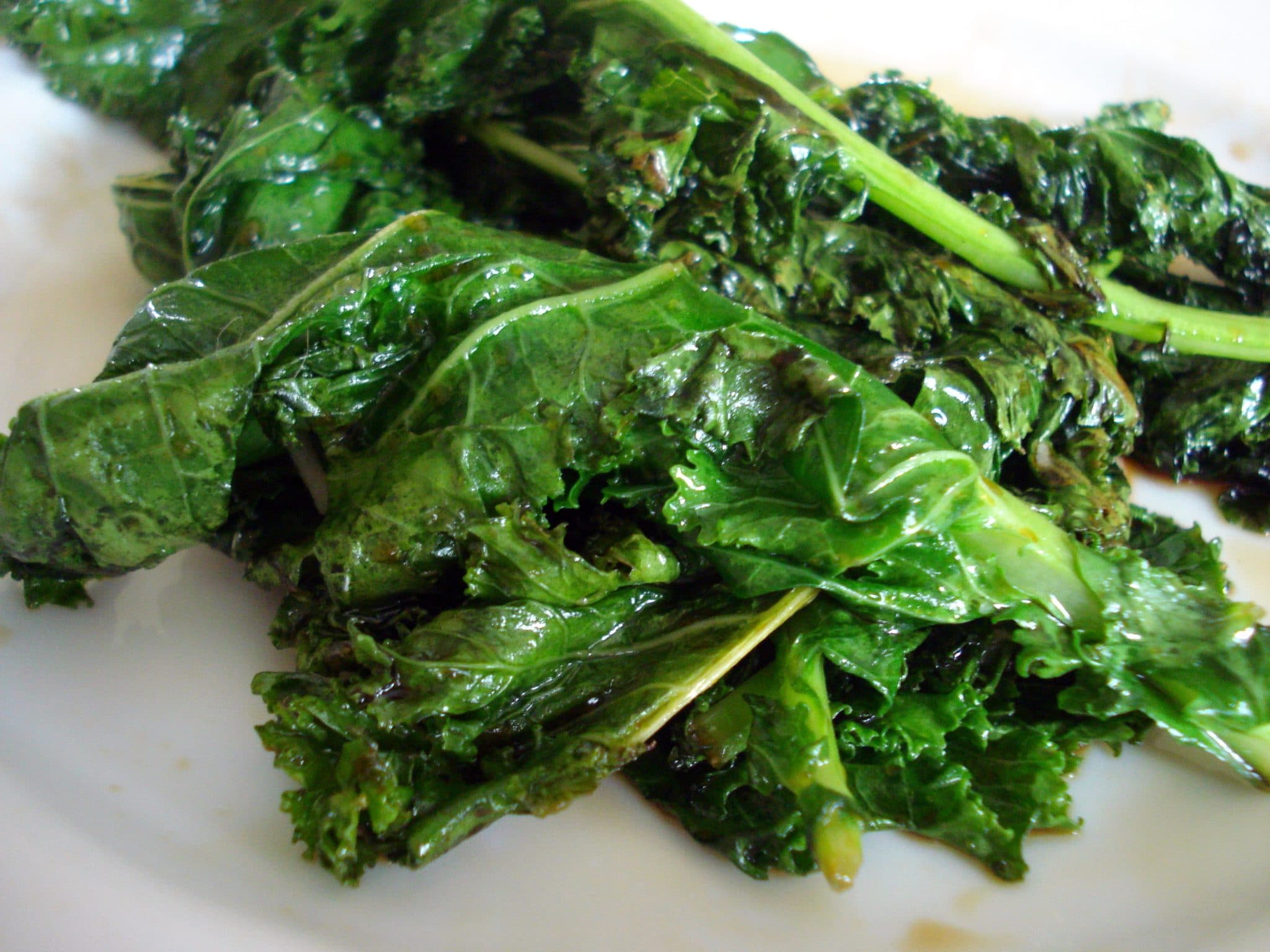 Green thing number two…sauteed zucchini.  The crop glut has arrived; not two days after we bought an armload from the farmers market, our garden has finally started producing.  In an effort to get rid of some, I sauteed one of the suckers and ate that with the aforementioned kale and a mango-jalapeno Thrive smoothie for lunch on Saturday.  To make the zucchini (which is so good, by the way), I just sliced it into 1/4 inch thick slices then let it sit in a colander with some salt to pull some of the moisture out.  After I dried it off, I sauteed it in some olive oil for about four minutes, turning once, and added some garlic, salt, and lemon juice during the last minute or two.  Simple and healthy! And finally, green thing number three.  Brace yourselves, it’s a strange one!  I saw it on the blog Fake Food Free; it’s a banana and avocado smoothie.  Just three simple ingredients: a banana, an avocado, and some milk (I used almond milk).  I actually added an extra frozen banana to sweeten the deal, but I still wasn’t a huge fan.  Erin, on the other hand, really enjoyed hers.  Check out the nasty battle wound I got from the lemon zester as part of my guest post!  Ah, what a blogger won’t do for one of his own…

Of course, there’s always an ugly duckling.  But gustatorily, this one turned out to be a beautiful swan—black bean hummus!  I found the recipe on allrecipes.com, threw the ingredients into the food processor, and two minutes later we were chowing down!  Ingredientwise, it’s essentially regular hummus, just with black beans instead of chickpeas.  But it was a really nice change, and of course very tasty.  I mean, what homemade hummus isn’t?  Here it is on a Wasa Oat crispbread. We do sometimes leave the kitchen…

On Saturday I did a very meaningful tempo run.  Meaningful, because at this same stage in my training program back in February, this was the last run that I did before my IT band pain got so bad that I had to shut it down for two months.  Actually, I didn’t quite complete that fateful run; I (stupidly) pushed through the pain until the cooldown mile, at which point I had to stop.

But this time, there was no knee pain.  It was an 8 mile run, of which the middle six miles were supposed to be done at 7:04.  I did on my hilly trail, so that pace was impossible to keep up, but I did get in a great workout nonetheless.  And, let me tell you, it felt so good to get through this one injury-free.  If you’d have told me back in February that today I’d be in this kind position to qualify for Boston in October, I’d have said you were smokin’ something.

And last but not least this weekend, big ups to Erin for doing a 52-mile bike ride with our friend Eric this weekend!  They finished in about three and a half hours, through the August heat and humidity of Maryland (and Pennsylvania, they went that far!).  What’s more, Erin’s ride was fueled by a batch of energy bars she made from a way-back Sweet-Tooth Friday post, and enjoyed some black bean hummus afterward!  Erin fans, let her hear it! Alright healthy foodies, get to bed.  You have some more NMA “fun with video” coming your way on Monday, so rest up!