“The Paleo diet for vegetarians.” At first glance, it seems like a contradiction in terms, with vegans and paleos doing constant battle over whose diet is best.

The Paleo diet is everywhere these days. Four Hour Workweek author Tim Ferriss does it. Former pro Ironman triathlete Mark Sisson promotes a variant of it in his book, The Primal Blueprint, and on his blog.

And much to the dismay of vegan Crossfitters (yes, they exist!), the Crossfit community promotes Paleo as well.

The Paleo diet is by no means veggie-friendly. It’s heavy on the protein and fat, and as we’ll see, most of the common vegetarian sources of protein are off limits.

Does that mean a vegan athlete diet can’t also be a Paleo diet? I don’t think so. Welcome to my next experiment.

The rationale for the Paleo diet is the same rationale I like to apply to almost anything related to diet and fitness: Do what we’re built to do.

Our bodies have adapted over the course of millions of years to a form that is highly suited for survival in its environment. Therefore, by looking at how humans ate and lived for most of our evolution, we can determine what the type of diet we’re “meant” to eat.

Unfortunately for vegetarians, some of what we are “meant” to eat, in the evolutionary sense, is probably meat: Relatively speaking, agriculture is a recent development. For a much longer period than we’ve been growing our own food, we hunted it and we gathered it. That basic principle is what the Paleo diet is based on.

My intention with this post is not to give an in-depth description of the Paleo diet.  If you find yourself intrigued, you should absolutely do your own research or talk to a doctor to make sure it’s right for you.  For a more in-depth introduction to the Paleo diet, I’ll refer you to my friend Steve Kamb’s Beginner’s Guide to the Paleo Diet.

If you want to go deeper still, I recommend The Paleo Diet for Athletes, which adapts the Paleo diet so as to make it jibe with a higher-carbohydrate, endurance-sports diet (as opposed do a muscle-building, weight-gaining diet). It’s worth it for the detailed section on pre-, during-, and post-workout nutrition, even if the closest you ever get to Paleo is s’mores and not-dogs around the campfire.

Briefly, here the basic tenets of a standard Paleo diet for endurance athletes (as outlined in The Paleo Diet for Athletes):

I’m not going to go into the detailed reasons for what’s allowed and what isn’t.  The basic explanation: Pre-agricultural man (and woman) ate a lot of the staple foods, and had very limited or no access to the disallowed foods.

So, simply ignoring the meat issue for now, we see that if you were to follow the Paleo diet as a vegetarian or vegan, you’d be eating a lot of lots of fruits and vegetables, sweet potatoes, oils like olive, coconut, and canola, nuts, and nut-like seeds.  And pretty much any sugar you’d eat would come from fruits.

A bit bland, perhaps, but doable.

Hopefully, you’re already eating a lot of these foods.  And—bonus!—most Paleo diets allow you to eat as much as you feel like eating.  If cavemen had appointed kings, that’s what you’d be eating like.

But…do you see the problem?

If you don’t see why the Paleo diet is tough for vegetarians, either (a) you’re skimming this post while you eat a quinoa salad with tofu and black beans, or (b) your version of a vegetarian/vegan diet is severely lacking in protein.

First, note that grains are out.  Tough, since they’re a big part of most vegetarians’ diets, especially runners’.  But that’s not the worst part.

The hardest thing about this is that every major vegan protein source is off limits in a strict Paleo diet.  Anything soy, every kind of bean except string beans, and quinoa are all Paleo no-no’s. 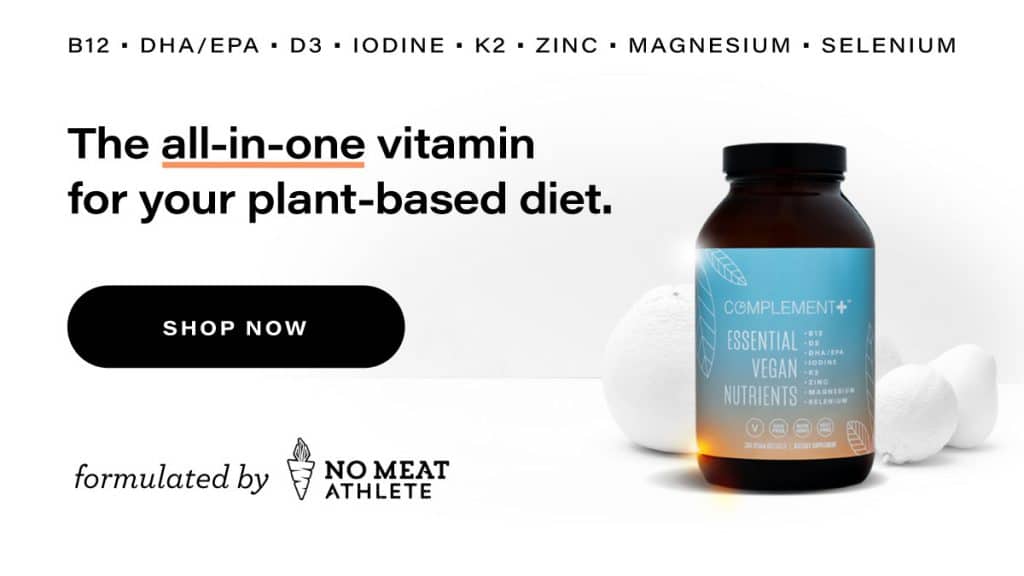 Your Paleo options as a vegetarian

It appears impossible to strictly follow the Paleo diet as a vegetarian.  And to be honest, it probably is.  Since we don’t eat meat, and the diet is based on eating meat—it should account for up to 55% of one’s calories, according to The Paleo Diet for Athletes—anything we do as vegetarians is going to be a bastardization.

But then again, aren’t all modern Paleo diets pretty poor substitutes for the real thing?  The fruits, vegetables, and tubers we find in modern grocery stores, even farmers markets, probably do not resemble the fibrous ones Paleolithic humans were eating.  And while a dedicated Paleo-dieter might be able to eat truly wild meats a high percentage of the time, it’s likely that the vast majority of modern Paleos either can’t access or can’t afford such authenticity, and must resort to the factory-farmed meat they find at the grocery store.

My point:  Any modern Paleo diet is merely an approximation to the real thing.  So as vegetarians, we can (and must) approximate too.  Here’s how I suggest going about it.

Obviously, this option is not for vegans.  And it’s not exactly Paleo, since the versions I’ve seen usually recommend eggs in moderation, say, up to six per week.  But theoretically, one could eat lots of eggs and meet the protein requirements of the Paleo diet without eating any unauthorized foods.

One egg has about six grams of protein, so if they’re going to be your primary source (lets say they’ll provide 50% of your protein), you could be eating a dozen eggs a day.  Possible, but you’d better like eggs.

But carbohydrate isn’t the only problem.  Grain-like seeds have other negative properties of grains: Quinoa, for example, “includes chemical defense systems that irritate the gut,” according to an excerpt from Robb Wolf’s The Paleo Solution.

Option #2 is to allow these grain-like seeds in your diet to help you meet the Paleo diets protein requirements.  The bonus prize behind Door #2 is that quinoa can be used in cooking like rice, or even made into “pasta,” so you’ll gain some variety in your meals over those based on strict Paleo fare.

But let’s not forget about our old friend hemp.  I’ve been unable to get a definitive answer to whether or not hempseed is considered “grain-like.”  In terms of macronutrient content, it’s more like a nut: high in protein and good fats, very low in carbohydrates.

If it’s allowed, real food protein powders like Complement Protein, with a variety of nuts, seeds, and pea, could provide enough protein to make the other deviations from the strict Paleo diet unnecessary.

To me, this seems like the easiest option, and perhaps the best.  “Easiest” in that it wouldn’t represent a major change from the way many of us already eat, minus the grains. “Best” in that allowing beans and legumes would provide us with about a dozen obvious sources of protein.

Though pre-agricultural man didn’t eat beans (at all?), that’s not the major issue most Paleos have with them.  Instead, it’s the “antinutrients” in beans and other legumes, the enzyme inhibitors which make them inedible in their raw state and which may interfere with digestion even after cooking.

We can reduce the amounts of these antinutrients by soaking and sprouting legumes. According to Tim Ferriss, who claims to eat a lot of lentils on his version of a Paleo diet, “Soaking for 24 hours at room temperature has been shown to remove 66% of the trypsin (protease) inhibitor activity in mung bean, 93% in lentil, 59% in chickpea, and 100% in broad bean.”  Soaked beans should of course be well-cooked in order to make them non-toxic.

Sprouting goes a step farther in reducing the amounts of enzyme inhibitors, in addition to converting some of the starches into sugars, and proteins into amino acids.  Though some sprouts can be eaten raw, cooking them will eliminate more of the antinutrients.  For more on sprouting and related health issues (such as not eating toxic soybean and kidney bean sprouts), see a post from GrowYouthful.com.

All of this assumes, of course, that you’re starting with dried beans.  The pre-cooked, canned versions won’t do here. ‘This sounds reasonable, even if extremely dull.  But if we’re meant to eat meat, why be vegetarian at all?’

To me, the evidence that we are built to hunt and eat meat is pretty convincing.

If your only goal is health, I’d say you’d do well to eat an occasional piece of fish, or even wild land animals. It would certainly make getting an optimal Paleo balance of nutrients easier.

But let’s not forget that by the same argument, males are “built” to impregnate as many women as possible. That’s what would maximize the chances of having ones genes propagate, and probably still would today.

But most of us don’t do that anymore, because as a species we’re beyond that.  And that’s how I feel about eating animals. Even if it’s what we’re built to do because eating them helped us survive and thrive in the past, it’s something most of us are now capable of making a choice not to do, thanks to our advancement as a civilization.